Understanding the purpose of a sewer cleanout cap is helpful. But understanding how to locate the proper  sewer cleanout, and remove the cap, is very important as well. There are basically two major components of house drain system. The main house drain, and the house sewer itself. The former is also commonly referred to as “sewer line” and it connects to the latter through a horizontal drain line typically located under the basement floor of a house.

A house sewer is the outdoor portion of plumbing system, and it connects to either a municipal sewer or septic system. Between the main drain and house sewer or septic system, there should be a “cleanout” located close to the outside perimeter of the basement of the house. The main purpose is to provide easy access in case of clogging, both inside and outside the house. In most areas, including NYC, it would be a double vent house trap. 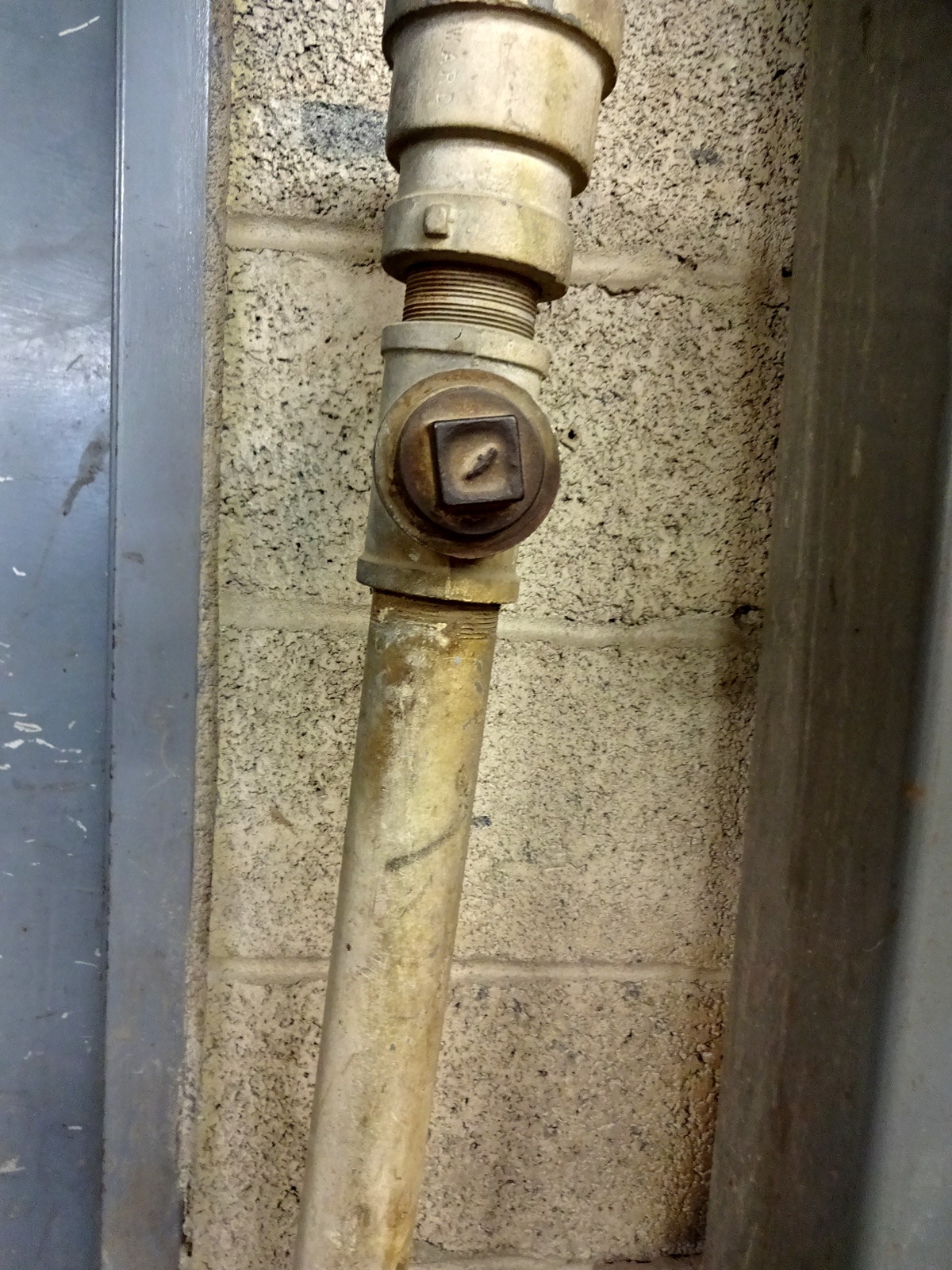 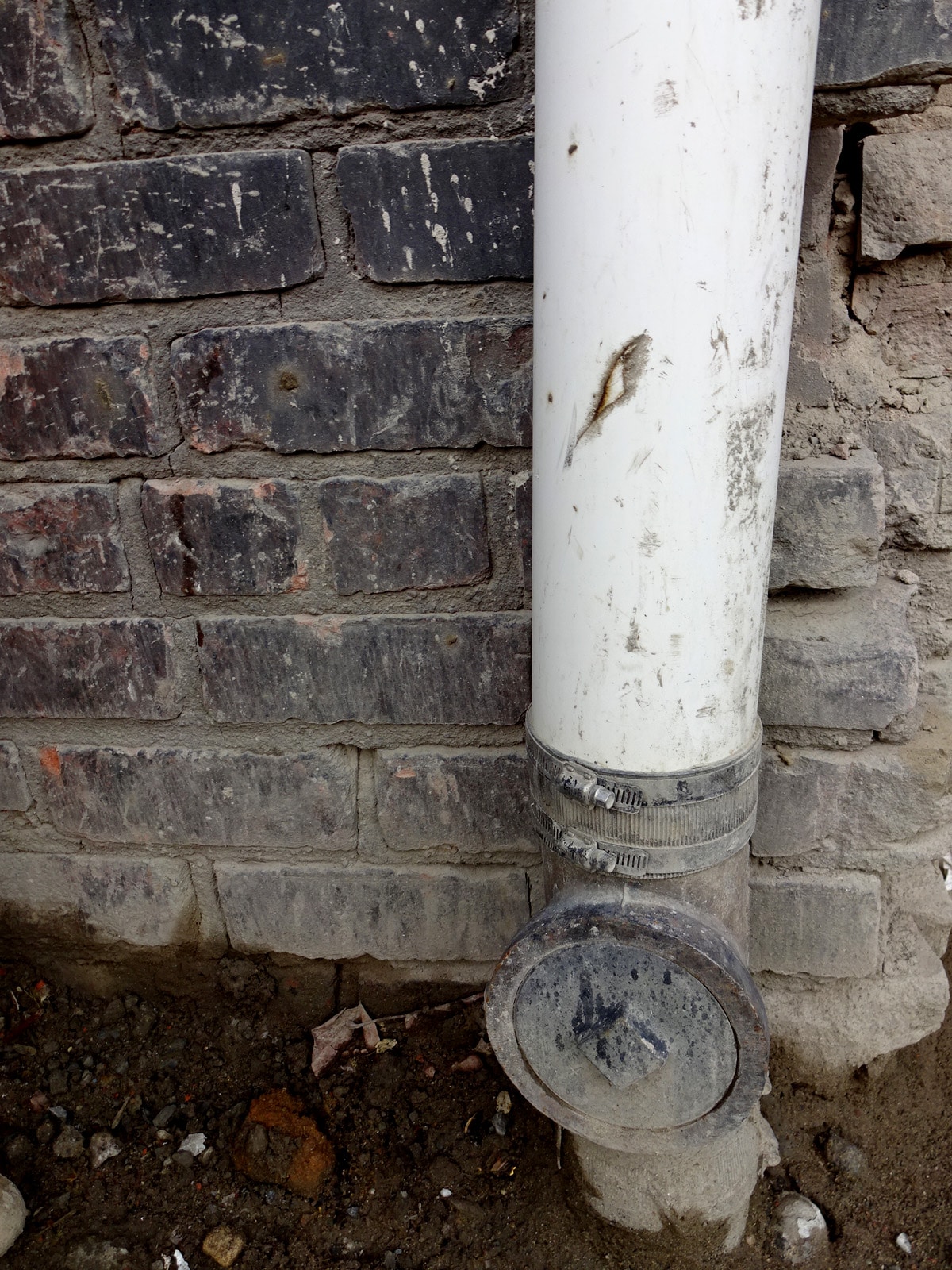 The exact location of a sewer cleanout cap can be different from house to house, and in fact there are usually multiple cleanouts located inside the house. Not all plumbing systems are installed according to building codes, and codes vary from municipality to municipality. Under less-than-ideal circumstances, the cap is probably not visible due to accumulation of dirt on top of it, so you may need to do a little digging to see it. In other cases it may have had obstructions built over it. Sometimes interior walls, closets, or other items are placed over a cleanout preventing access.

A sewer cleanout cap is usually installed at the base of every house stack (the vertical drain line form a higher floor level). This is because sewer clogs usually occur where there is a change in direction in the flow of the waste water. Interior drain line cleanouts are also located under each plumbing fixture (each sink for instance). 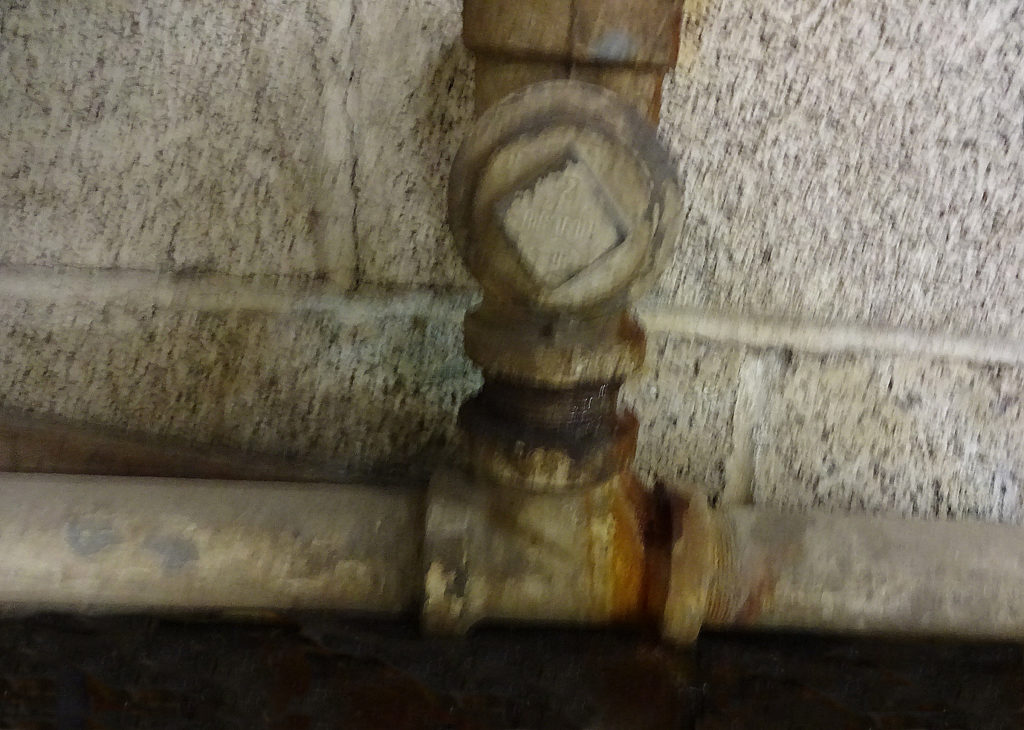 House sewer lines should have a cleanout in the form of a house trap, as mentioned previously. But some house sewer lines have an additional cleanout if the run is longer than 50′. NYC code typically requires a sewer cleanout for every 50′ run of pipe.

A cleanout should also be installed when there is a change in direction in the flow of the waste water. For instance, if there is a 90 degree bend (known as a sweep), there should be a sewer cleanout installed just before the bend. Having access to clean a drain line before a bend aids greatly to clear clogs. As another useful note, elbows should generally not be used when there is a 90 degree bend. An elbow has too swift a turn for waste water, clogs can form, and items can get caught. A long sweep is a much better plumbing fitting for severe bends in a drain line. 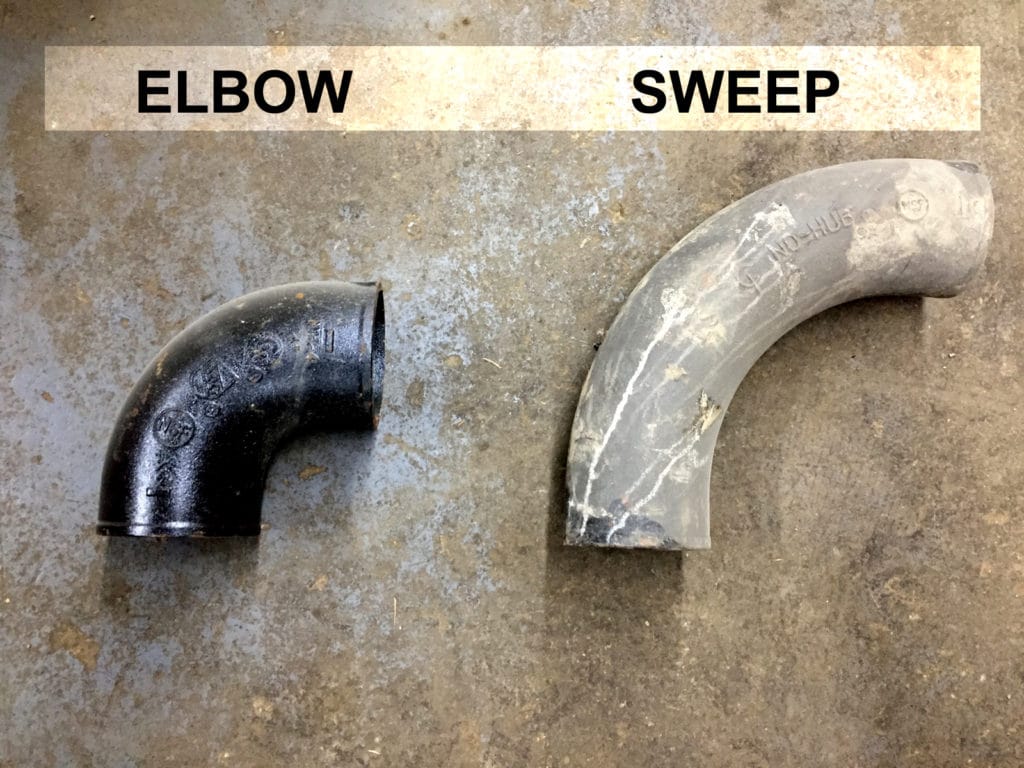 When a sewer clog occurs

When a sewer line is clogged, one of the first things to try is using a drain snake to get rid of the culprit. Clogging in a plumbing fixture inside the house is probably not too difficult to repair, but it gets tricky when debris accumulates between a municipal sewer and main drain. Instead of using a very long drain snake to reach the clog from main drain, a cleanout every 50′ provides easier and more effective cleaning from outside of the house. A professional plumbing service can use a sewer camera to inspect the sewer pipe and figure out the exact location before trying any evasive remedy, such as excavating.

Types and Removal of Sewer Plugs 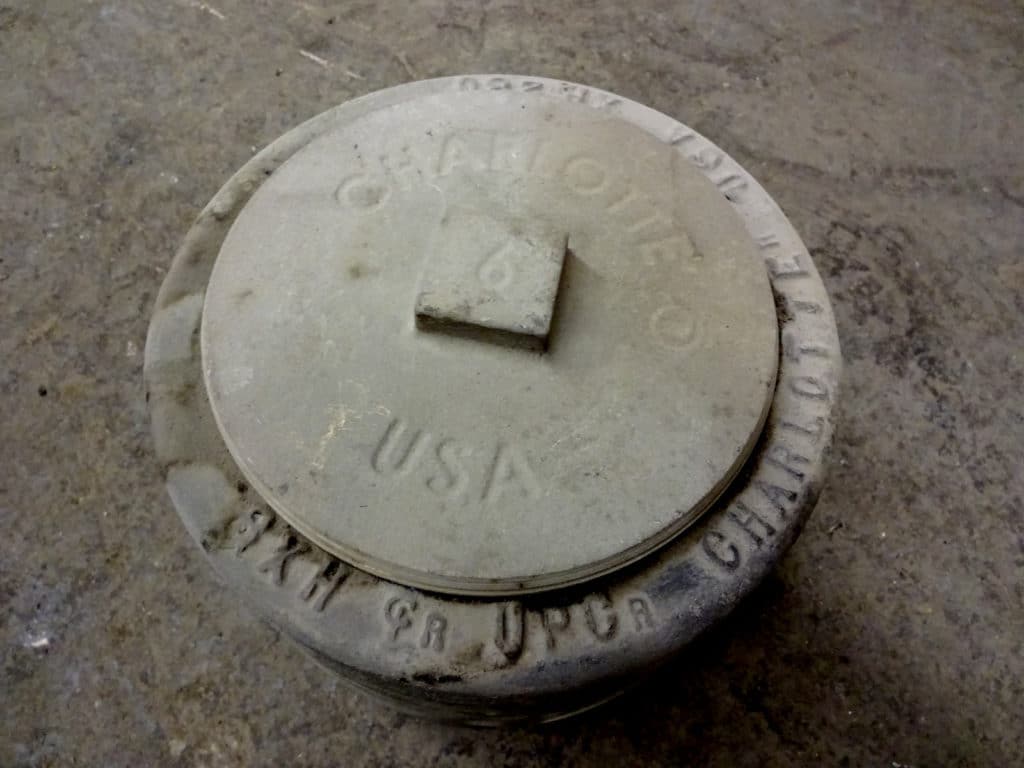 A sewer cleanout plug is made of either cast-iron, plastic (PVC) screwed down into the cleanout pipe. Just like any bolt and screws, the threads can get rusted and fused into the pipe, making it very difficult to remove when you need it. There are many different variations in size and shapes including but the vast majority are round. Most models have a square nut on top of the plug. Both cast-iron and plastic caps are equally tricky to remove not only because of rust, but also the lack of clearance.

Some cleanout caps can be removed using standard tools such as screwdriver and wrench, but others have raised slots or recessed heads that call for special plumbing tools. A cleanout wrench is designed to accommodate different types of head design, allowing for easier grip to the cap for removal. Such wrench usually has 6 to 8 sided geometrical shape attached with some additional tools on the side. A complete set of cleanout wrench comes in a box with a number of fittings to grab the cap firmly.

Never remove a sewer cleanout cap unless you are 100% sure that the public sewer is not backed up. If the public sewer is backed up, it will relieve itself by emptying into your house. A 2nd tip, if you are removing a main house trap cap, always remove the one on the street side first. That way if you have a trap stoppage it can flow out by running above the house trap. Failure to obey these two tips can result in waste water needlessly flooding your property.

Even with the right tools, a corroded and fused cleanout cap can still be very difficult to remove. In this situation, a plumber intentionally breaks the cap just to remove it. A replacement cleanout cap costs just a few dollars. There are some methods to try when removing a sewer cap or plug, as follows: 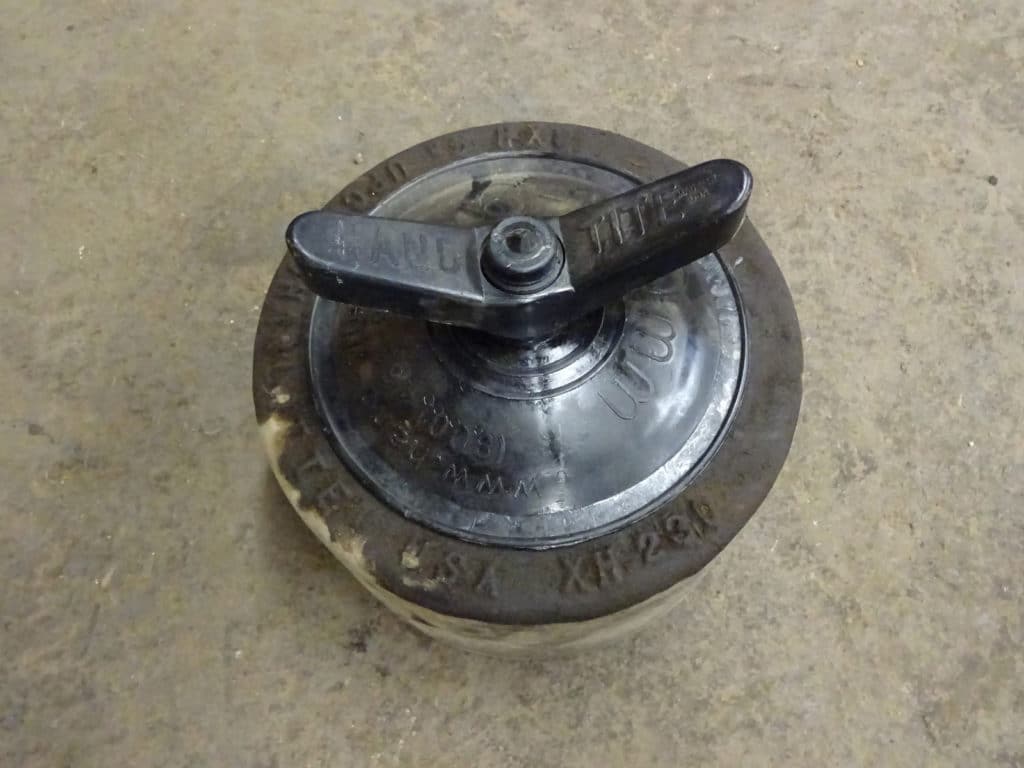 Any method above will, in more cases than not, damage the cap or plug. Once the clog is cleaned, the plumber will use a new cap to replace the damaged one. For easier removal in the future, a plumber can cover the thread with a thread seal tape. But this is not the preferred method. Instead, the Balkan Drain Cleaning Team suggests using a winged nut test plug, which is a great replacement sewer cleanout plug. Once tightened, it actually adheres to the exact fit of the inside of the cleanout opening itself.

Main Functions of a Sewer Cleanout

Just like any other part of plumbing system, many people take a cleanout cap for granted. A cleanout cap has two major functions:

The fact that a cleanout cap is located outside of the house makes it subject to excessive wear and tear. Even when wastewater cannot enter the sewer line, the cleanout pipe and its threading are subject to corrosion, or fusing to the drain pipe itself. Continuous exposure to heat can gradually expand metal and melt plastic as well. A cleanout cap that’s difficult to remove is a common problem, but fortunately replacements are affordable.

Caps made of metals and plastic materials are available from most online stores and hardware stores. Another very common replacement sewer cleanout is called a fit-all plug. It is lead lined, so it conforms the exact size for the opening, and does not have to be screwed in place. If you’ve figured out that the clogging is in the sewer line, you can probably explain your situation to the plumbers and ask them to bring a new sewer cleanout cap with the right specifications. 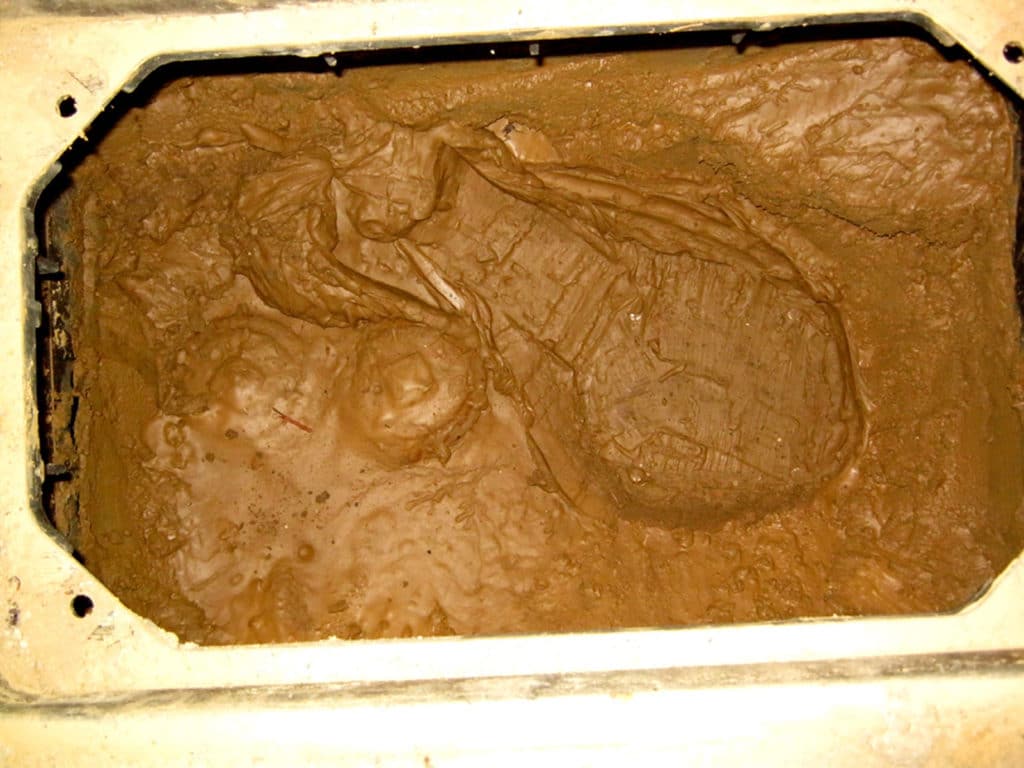 Over time, dirt and debris can cover sewer cleanout caps