If you live in a small town like the Village of Stewart Manor, or in bustling area like Manhattan, nobody expects to have leaky or burst pipes. Repairing a burst pipe can be a messy, unhygienic, and expensive plumbing repair. While the possibility is relatively slim, being prepared for that kind of emergency situation can prevent your house from being a total mess if it does happen. For a burst or damaged main drain line, there is not much of anything you can do to prepare for the situation. Restricting your use of water is a first step. Having the phone number of a professional and licensed plumbing company may be your best 2nd step. For much less severe leaks, there are some temporary fixes you can try while you’re waiting for the plumber to arrive. 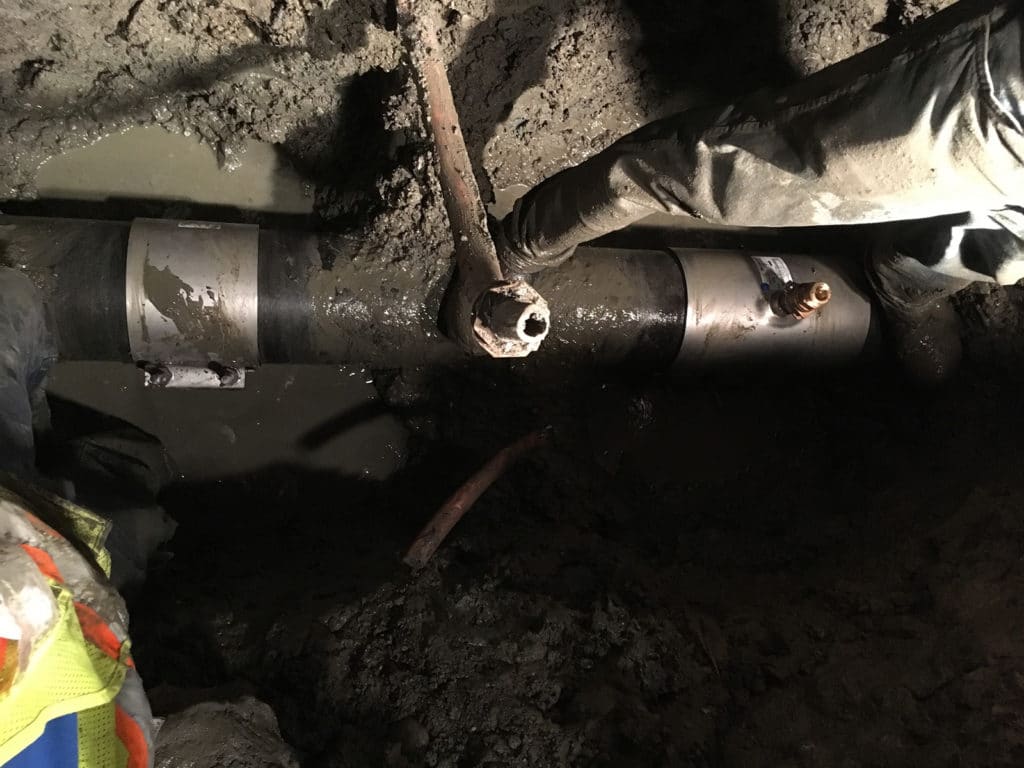 When city mains break 360 degree repair clamps can be used

Let us start with a pinhole leak, which is the easiest type of damage in plumbing to deal with. Albeit a temporary repair, it can restore service and prevent damage. For leaks on drain lines, the quickest and easiest repair is to wrap duct tape around the leaking spot on the pipe. This method works well because in the case of a pinhole leak on a drain pipe, there isn’t really much water flowing out.

Pinhole leaks on lead water lines can sometimes be gently tapped closed. This takes a gentle touch, skill, and only a light hammer and a screwdriver. Because lead is soft and malleable, small leaks can be temporarily sealed closed. Never touch a lead water line when a heavy leak exists. That heavy leak may turn into repairing a burst pipe after you tamper with it. 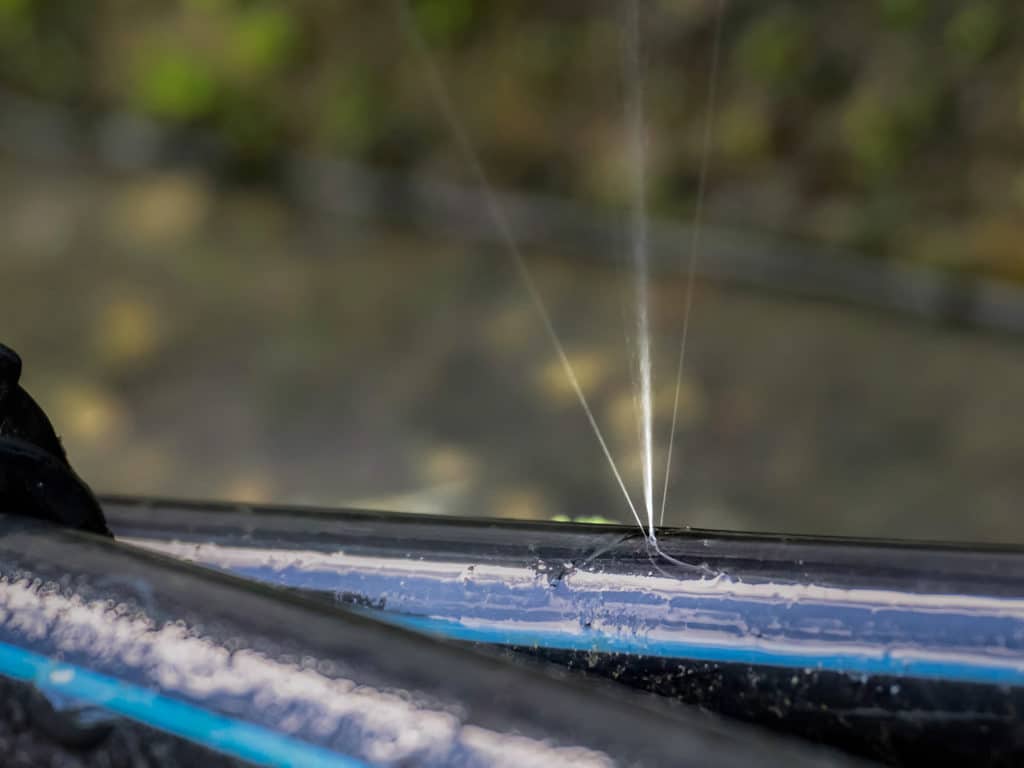 Pinhole leaks can be temporarily repaired

If water usage is ceased temporarily, water can actually be stopped during the repair.Even a temporary repair works best when conditions are as dry as possible. If the area around the small hole is not too wet, that duct tape will not stick to the surface. In many instances, duct tape gives enough pressure to keep the leaking under control. If you keep using the fixture where the wastewater (or supply water) flows through the pipe, however, the duct tape will eventually loosen overtime. Of course, in the case of repairing a burst pipe, duct tape simply will not do.

For a more robust repair to deal with bigger-than-pinhole-leaks, or pin hole leaks on live water lines, a temporary fix requires several tools. These tools will include a automotive radiator hose repair clamp, a C-clamp, a block of wood, piece of rubber, and a screwdriver or ratchet wrench. Before you do anything to the pipe, try to turn off the water first from the main shut-off valve. Any repair is easier when the water is off. Here are what to do next:

An All-Around Repair Clamp For Repairing A Burst Pipe

If you can find a sleeved all-around repair clamp that fits the size of the leaky pipe, use it instead of the previously mentioned clamping method. It is the better temporary fix for the problem. This clamp is made of two semicircular sheets of metal. When fastened together, they completely cover an area of a pipe. It even comes with gasket material to create proper sealing. Put the gasket surrounding the leaky part of the pipe, put the clamp on top of the gasket, and tighten the screws using a screwdriver. This type of clamp can even be installed around the pipe, then easily slid over the leaking section.

An actively leaking pipe should not be repaired using duct tape. Even a piece of rubber and a C-clamp, or even sleeve clamp, is just a temporary repair. If the hole or crack is too severe, the best way to fix it is to replace the section entirely. Depending on the material of the pipe, a professional plumber will determine the best way to address the issue. Pipe made of metal can be cut and threaded, or welded together with a new section. While plastic pipe such as PVC or ABS may require additional fittings. Of course, even a temporary fix is only possible if you know the exact location of the leak.

Always remember that all the tips to repair a burst pipe, or slow leak, noted in this post are temporary. They are not long term solutions. Also note the when this same spot in your pipe starts to leak again it will invariably be worse than the 1st time. It is advisable to followup your temporary repair with a permanent repair before your pipe leaks again.

A little bit about the Village of Stewart Manor 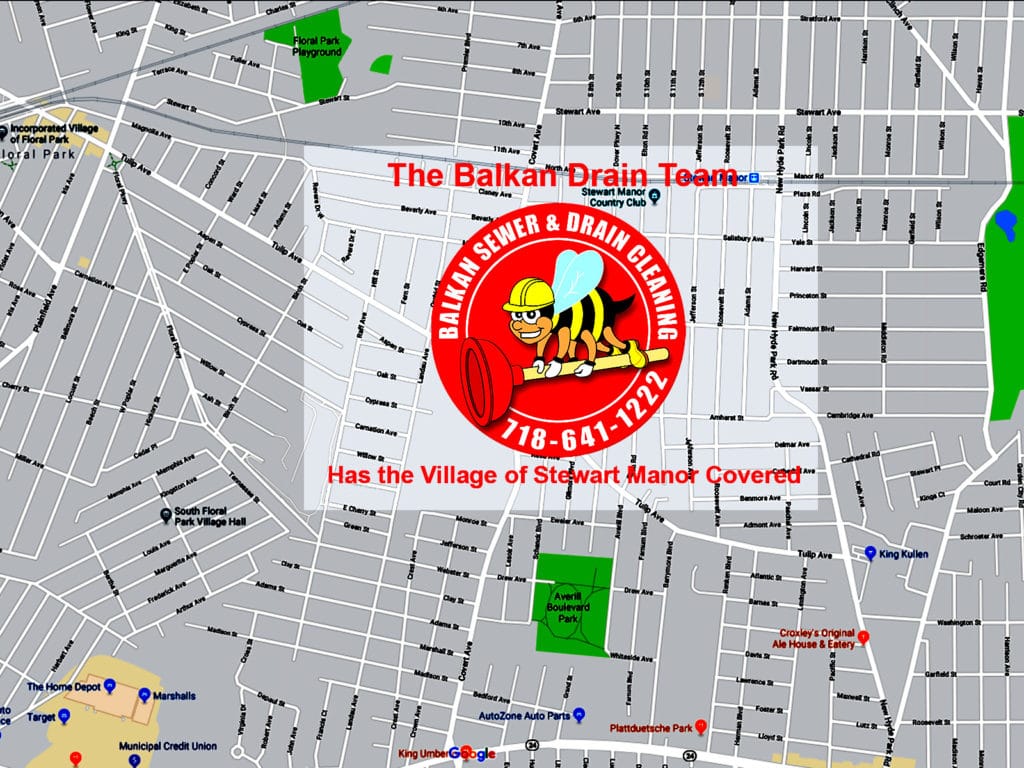