Septic Tank Cleaning: The How, When, and Why

Whether you live in a small village like Sands Point, or in many other areas across the country, having to know about septic tank cleaning is a fact of life. In the old days, septic systems were built in the simplest ways possible. The system was comprised merely of a large masonry-lined pit, or well covered by a concrete lid. You could almost say that the conventional septic system was nothing more than a temporary container of wastewater and sewage. Some old tanks made from cinder blocks were not particularly structurally sound. In some cases, as the tank got older, the pressure of the waste water inside the tank, prevented the pressure of the ground outside the tank from collapsing the tank itself.

The basics of How a Septic Tank Works

All plumbing fixtures are connected to the septic tank through one main house drain pipe. Once inside the well, anaerobic bacteria feed on the sewage. This was where the initial process of filtration and purification took place. The pit also had a number of small openings at the upper part of the walls for relatively clean water to seep out. This relatively clean wastewater then seeps out. It enters into the surrounding ground for further natural treatment.

The modern version of a septic tank is a little bit more sophisticated, although everything still pretty much relies on natural filtration by bacteria. It still consists of a pit, but wastewater does not directly seep out to the ground from it. Inside the tank, wastewater forms three layers: solid waste at the bottom, scum at the top and relatively clean water in between. The cleanest water in the tank flows out through a pipe to a distribution box. The water is then dispersed to multiple smaller perforated drain pipes. This water then goes to a leach field located at a reasonable distance from the house. This is a much more acceptable system, as there is less possibility of contamination. The old cesspool models are no longer allowed in many states. In addition, the more modern system requires less frequent septic tank cleaning.

Rudimentary as the design of septic-based wastewater treatment may be, the system still requires regular maintenance by the homeowner. The modern version of a septic system can last for decades. It can also withstand even the harshest rainstorm without bringing any plumbing problem to your house. That said, once a problem arises it is usually too late to devise a simple solution. Repairing a damaged septic tank can cost thousands of dollars. It will also involve major excavation from the tank location all the way to leach field. The good thing is that timely affordable maintenance or cleaning can help prevent disasters.

The most common yet effective method for septic tank cleaning is to pump the wastewater out of it. Wastewater includes sludge, effluent, and scum. You need to call a licensed sewer cleaning and pumping professional for this. Depending on the size of the tank, it may take a large vehicle to perform the task. To pump all the wastewater out, and hold it in a pump truck, it no job for a light duty vehicle. The vehicle basically functions as a temporary container of wastewater. The truck then off-loads the contents again either to a sewer treatment plant, or for other purposes.

Regular pumping (once a year; more often is better) is necessary to keep the system working properly. By design, solid waste settles at the bottom. This sludge will eventually fill up the tank at some point. You do not want this layer to pile up too high, and leave no place for the effluent and scum. If need be, you may want to use a hydro-jet to breakdown the solid waste at the bottom before cleaning.

The Importance of Septic Tank Cleaning and Maintenance

Making sure that you have effective sewage treatment in your septic tank is as important as getting the wastewater out of your house in the first place. Ineffective sewage treatment can cause water contamination and this has serious public health concerns. Possibilities of damage, pollution, flawed design, and all sorts of issues are even greater if you have the system installed by an unprofessional (or worse, unlicensed) plumbers. Instead of risking the trouble, it is always much wiser to go with reputable experienced professionals to install or reinstall, maintain, and clean your tank. Pumping out your septic tank is a specialized and licensed task indeed. There are legal ramifications for illegal disposal and pumping as well. 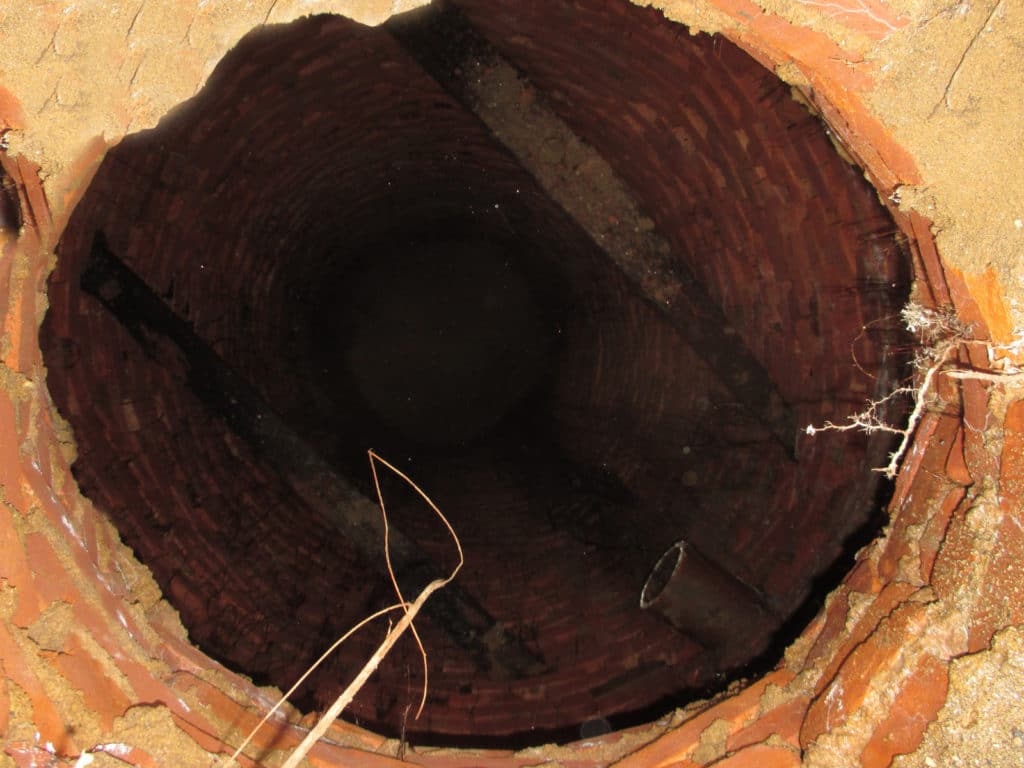 If you need pipe cleaning or repair that is where the Balkan Drain Team can help you. Across NYC, and Nassau County as well, there are very few (if any) plumbing companies that fare better than Balkan for these tasks. Balkan provides up-front pricing and superior to those that charge the same, or an even higher charge. Balkan is to go-to household name for everything residential drain and water service line related. The company was founded in 1952,  more than six decades ago in New York City. Contact the Balkan Drain Team for expert advice and professional service. 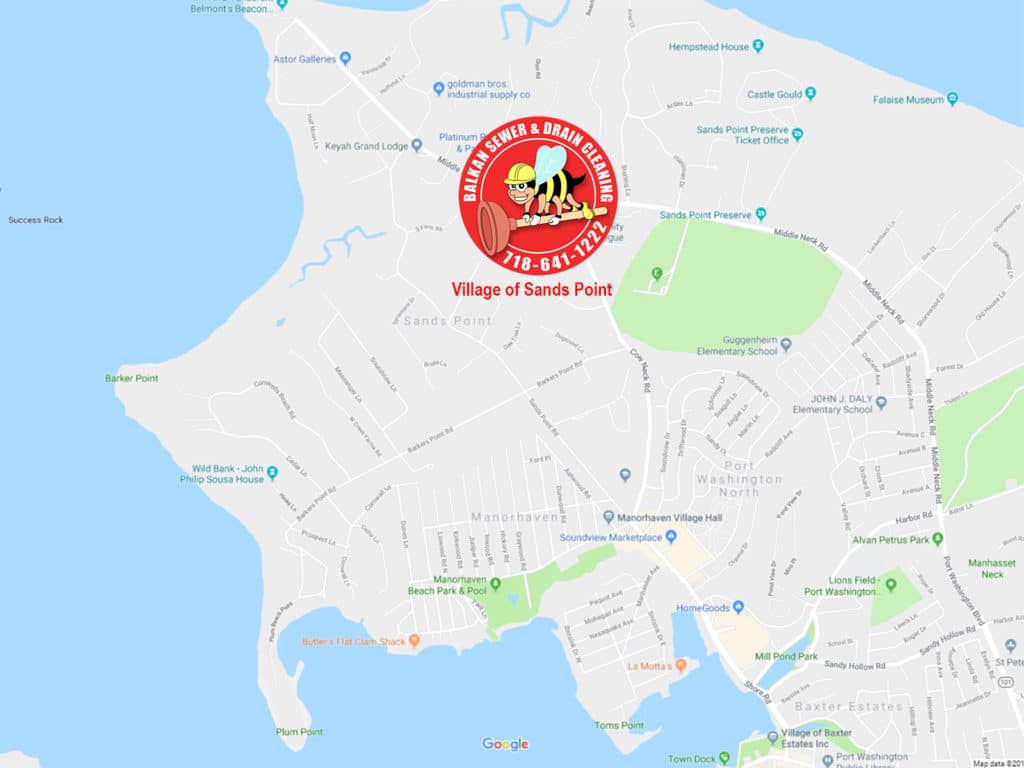 Located in the northernmost tip of Cow Neck Peninsula and bordered almost entirely by water, Sands Point (officially known as the Incorporated Village of Sands Point) is one of the richest towns in Long Island. It has a median household income of more than $231,000. Unlike many other well-developed villages on Long Island, however, Sands Point has a somewhat different choice than most when it comes to wastewater management. Instead of utilizing a modern sewage treatment facility, the village relies on private cesspools maintained by each homeowner. In fact, the village has no public sewer at all, according to Sand Point’s official website.